For years, people have long held the idea that divorce is acrimonious, a curse that can plague families for generations. It goes without saying that the end of a marriage is hurtful and tragic.

But contrary to what most people think, it doesn’t have to be a bad thing. Such is the concept of a good divorce.

What Is Good Divorce?

Divorce has been around for decades in the United States, but often, the term has been associated with something negative. That is until the late Dr. Constance Ahrons championed the idea of a good divorce.

Ahrons, who passed away in November because of an illness, was a mediator and a psychotherapist who also experienced divorce and tried to change people’s negative mindset around it.

From her years of counseling couples, experiences, and studies, she came up with some principles that eventually laid the foundation of a good divorce:

1. It Doesn’t Need to Hurt Children

The impact of divorce can extend to the kids. Multiple studies cite how children from divorced parents are more likely to suffer from depression and anxiety. They are also prone to developing an adjustment disorder, although this usually resolves within a few months.

One of the most critical points Ahrons brought up in her book The Good Divorce was that divorced parents can devise an arrangement that won’t harm their kids. In fact, it is a good separation when kids can still maintain their positive emotional well-being even when parents don’t live in the same household anymore.

2. Couples Can Accept That No One Is to Blame

Before Ahrons popularized the concept, states had not yet adopted no-fault divorce. In other words, couples needed to have grounds to end their marriage, ranging from adultery to fraud. This situation then led to more issues:

Good divorce believes that separating couples can remain civil with each other even after the split, without pointing fingers or blaming anyone. Both parties involved can accept that things didn’t work out.

Because of this, they can cooperate and even be collaborative to ensure that the divorce process is smooth. This way, they can focus on moving on and rebuilding their lives as soon as possible. 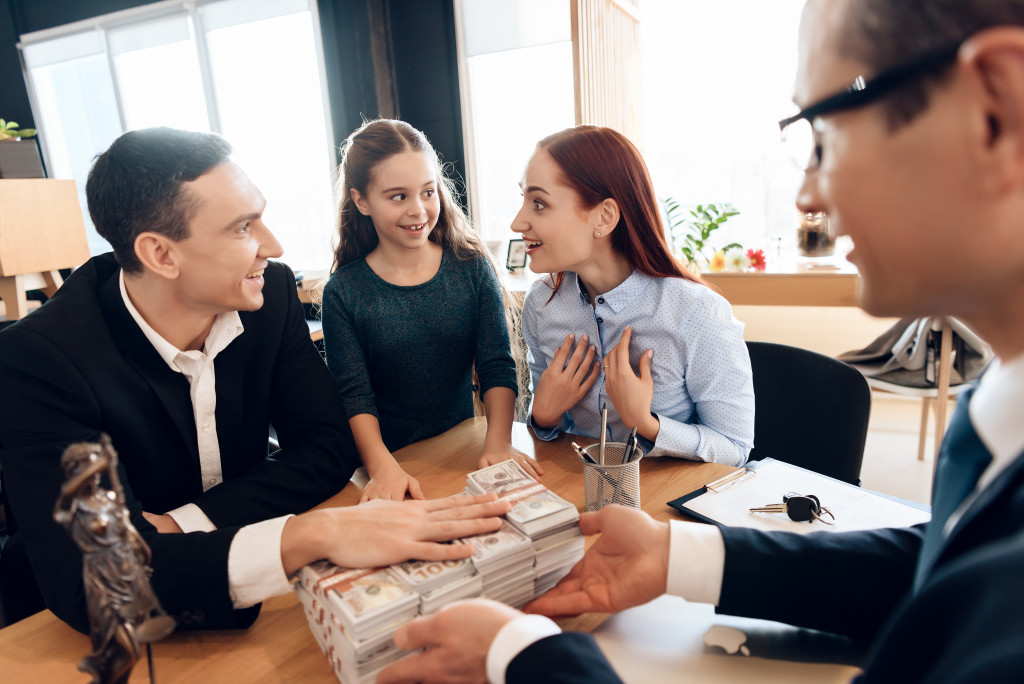 3. Couples Can Work Together to Divide Assets and Custody

In traditional divorces, couples often fought over assets and custody. The process could get ugly and drawn-out, leading to more stress for all involved.

In Ahrons’s model of a good divorce, both parties agree about how to split the assets fairly. They work closely with their trusted divorce attorney to ensure they don’t end up hurting each other’s feelings.

In addition, they can meet up and discuss their children’s future, such as who gets custody and how often the kids will visit with each parent. In this way, they create a plan that both sides are comfortable with.

4. It Doesn’t Have to Be Final

In a good divorce, couples don’t need to lock themselves in the idea of never reuniting even after it’s finalized. In fact, Ahrons maintains that former couples can still be friends and even see each other as parents of their kids.

Couples, therefore, can create a new type of relationship with each other and build a binuclear family, where children can live in two separate households with no issues since parents can maintain the familial bond.

They can communicate about important things, such as school and health issues. They don’t need to be enemies or have awkward run-ins during family gatherings. They can still support each other through difficult times.

5. There’s No Shame in Seeking Help

In a good divorce, both partners are willing to work on themselves. This is why they’re open to counseling, which can help them resolve their issues and prevent similar ones from arising again in the future.

The idea of seeing a therapist might feel out of place or even embarrassing to some people. However, getting help is nothing to be ashamed of. In fact, it’s a sign that you’re trying to improve yourself and your relationship.

Some critics of the concept believe that “a good divorce” is an oxymoron. But for Ahrons and her supporters, this claim is untrue. While it doesn’t downplay the sad reality of the end of the marriage, it also points out that the process can be amicable, collaborative, and peaceful. Everyone can restart without bitterness, anger, and resentment.