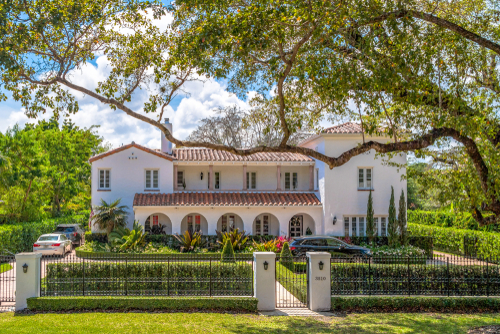 A Brief Guide to Designing a Cape Cod Home in California

When it comes to architectural styles, nothing says American-home coziness and warmth than Cape Cod. Appearing first sometime in the 1800s, the original houses, which populated the East Coast like New York and Massachusetts, were simpler and more functional than aesthetically appealing.

By the twentieth century, the United States saw a revival of the Cape Cod style with a few significant changes. Even more so, the design spread across the country, eventually arriving in California.

Although this isn’t the most popular in the Golden State—the title likely goes to the Mediterranean—this architectural style still caught on since it complemented well to the beaches. This is especially true for places like Santa Ana, which is only a few miles away from the coast.

It won’t be surprising also if many state homeowners today desire to transform their properties into one. So how does one design a Cape Cod house?

Whether one is talking about the original or the revival of Cape Cod, both styles are heavy fans of wood. They used it on walls and floors. Homeowners may then cover this material in clapboards.

The choice of wood is understandable. Back then, wood was extremely abundant in the United States, so the material was cheap and easy to find and use. However, it also had another characteristic: wood can enhance the warmth of a home.

For starters, wood has excellent thermal resistance. This makes the likes of log cabins warmer, especially during winter. Second, wood reminds people of nature, which usually has a calming, relaxing effect.

The problem with using wood these days, though, is it can be expensive. Buying hardwood floors can already cost as much as $4,000 for every 200 square feet. This doesn’t include yet the installation, which may take days, depending on the size of the space.

As an alternative, homeowners can consider looking for companies that offer vinyl floor repair. These teams are also likely experienced with the installation, and they may offer luxury vinyl floors, also known as vinyl planks.

Unlike tiles or sheets, these planks don’t look tacky or cheap, but their look can mimic wood. They are also a type of resilient flooring. They are neither soft nor too hard for the feet. Further, these flooring materials are easy to clean and maintain.

Most of all, they are affordable. Homeowners can find planks that are between $3 and $7 per square foot.

2. Decide on the Size and Style

A Cape Cod home can fall into any of the three known substyles. The first two are the three-quarters and half, and these were the ones often referred to as the original designs.

A half Cape is the simplest of the three. It usually features two bays with the entrance door on one of the sides, not at the center of the house. This door also comes with a pair of paned windows. As a starter house, it is often small. But back in the days, homeowners would extend the house as their family and needs grew.

The three-quarters Cape is often the by-product of this extension. This one usually includes a front door, which is still slightly offset, and one window. The other side will have two windows. If the house comes with a chimney (which one may still see in places like Sacramento County, where many homes use traditional fireplaces), this one is near the front door, which means its placement also feels odd.

Both three-quarters and half Capes may appeal to young buyers, such as millennials, according to a New York-based designer Barry Goralnick. These are tiny beautiful houses, so they are less intimidating.

During Colonial Revival, full Capes became more popular. These properties are also easy to spot because both sides are already symmetrical. They also usually come with white picket fences and white clapboards.

Cape Cod homes are endearing because they are free of embellishments. They don’t have the grand sizes of Mediterranean homes or the archways and columns of hacienda-style properties.

Instead, they are often painted white or something light, making it appear weathered as if it’s withstood the test of time. The interiors may also reflect the same level of simplicity.

Homeowners can pick neutral colors for walls and accents or decors. They may also invest in good-quality vintage or traditional furniture pieces, preferably made of wood, or streamlined modern interiors.

For those who like to reminisce or bring the beach closer, they can keep up with the theme and adorn their spaces with maritime-related objects like portraits of the roaring seas or a huge anchor that can be a living room statement piece.

Transforming a California house into Cape Cod style requires money, time, and effort, but all these may be worth it when homeowners enjoy coziness, warmth, and charm.