Outside the headquarters of the CIA in Langley, Virginia stands one of the most mysterious and studied sculptures of the 20th century. The sculpture, titled “Kryptos,” has 1800 characters incised into its metal body, divided into four sections. Since its installation in 1990, only three of the sections have been decoded.

The Kryptos sculpture is overtly laden with a cipher. Any viewer who can see the line of letters on it can assume that they’re hiding something.  But some statues and sculptures hide their meanings more subtly. Sometimes artists carved these secrets into steel with laser cutting machines, or gouged them into stone using chisels. Sometimes the knowledge became secret over the centuries. And sometimes there was never a secret to begin with.

What secrets can the mute stones and steel speak?

The Secret of Mounted Statues

Statues of men and women mounted on horses are often associated with battle, valor, and conquest. These statues try to capture the powerful dynamism of a horse. The sculptors of these statues have posed them rearing on two legs, walking forward with one hoof raised, or arching upward with a single hoof planted on the ground.

Unfortunately, there is no basis for this tale at all. Numerous equestrian statues in Washington, D.C. do not match the alleged code. The number of statues that don’t conform rises the more examples are noted. Perhaps this story came from coincidence, as the number of legs a horse has raised in a statue sometimes matches the story’s code. However, these numbers aren’t high enough to cement this story as fact.

The Secret of Small Phalluses

Modern people who view statues of Ancient Greece and Rome, and sometimes the Renaissance, sometimes wonder why the private parts of the nude males from these eras are often small. Although this may seem like a lewd or childish question, the answer is actually rooted in the cultures that made these works of art.

First of all, the statues often depict their subject flaccid. As such, they are much smaller than they would be if engorged. The second reason lies with the standard of beauty and attractiveness at the time. People in those eras considered small penises more desirable.

This is rooted in the belief that large erections were symbolic of lust, foolishness, and base desires. Ancient Greeks and Romans associated large penises with animals and animalistic entities, like satyrs and fauns, known for their debauchery and stupidity. Since these societies revered intellect and the higher capacity of the human mind, they naturally didn’t include features that were the opposite of these qualities in most of their art.

The Secret of Cemeteries 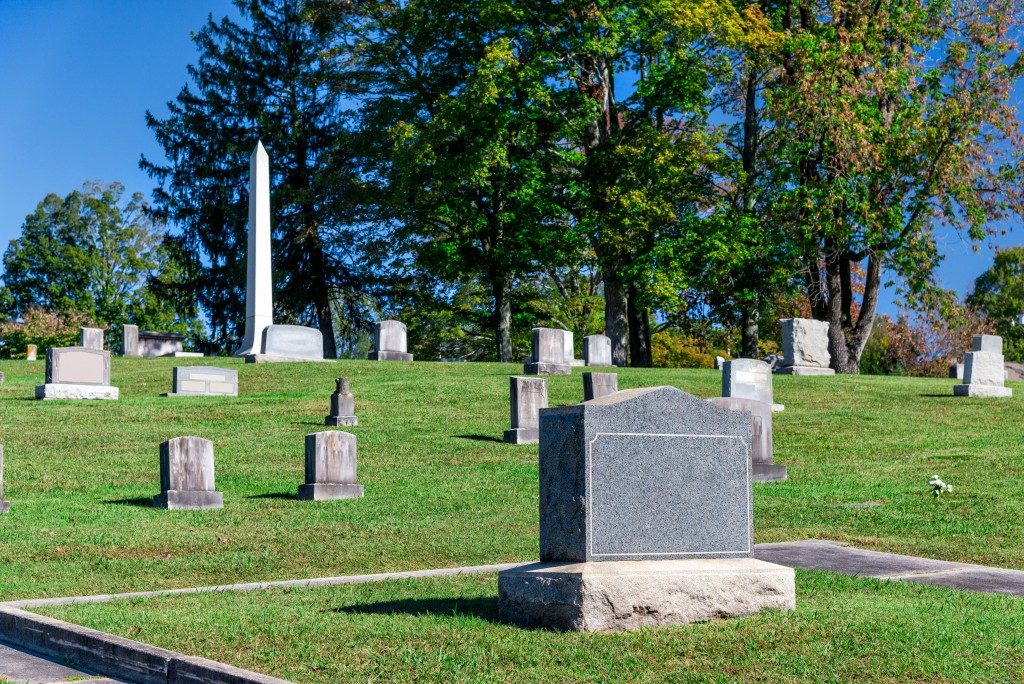 Graveyards contain some of the most subtle symbolism in statuary. Monuments to the deceased often bear multiple signs that imply many things, usually about religion. Aside from the cross, Christian graves have a plethora of symbols to show their devotion even in death.

Sculptors often used the Alpha and the Omega to represent Jesus Christ or God. A hand pointing its forefinger downward was the Hand of God reaching down for a soul. An anchor and chain may be put on the grave of a seaman, or be the symbol of St. Nicholas, patron of sailors. The dove represented peace, or sometimes the Holy Spirit of the Holy Trinity.

Symbols of mortality and defying it abound in the graveyard as well. Calla lilies stood for resurrection through God. Carvers also made broken columns to indicate a life cut short. Draped urns symbolized the decomposition of the body into dust. Inverted torches, lit or not, told of a life extinguished.

Sculptures, like all works of art, are products of intent. Every stroke of the chisel, every caress of a polisher, is supposed to contribute to the message the piece is saying. Sometimes the sculptor shouts the message in bold strokes, and sometimes it’s a secret, whispered in small details. Whether it’s shouted or whispered, it’s always a pleasure to discover what mute stone can say.