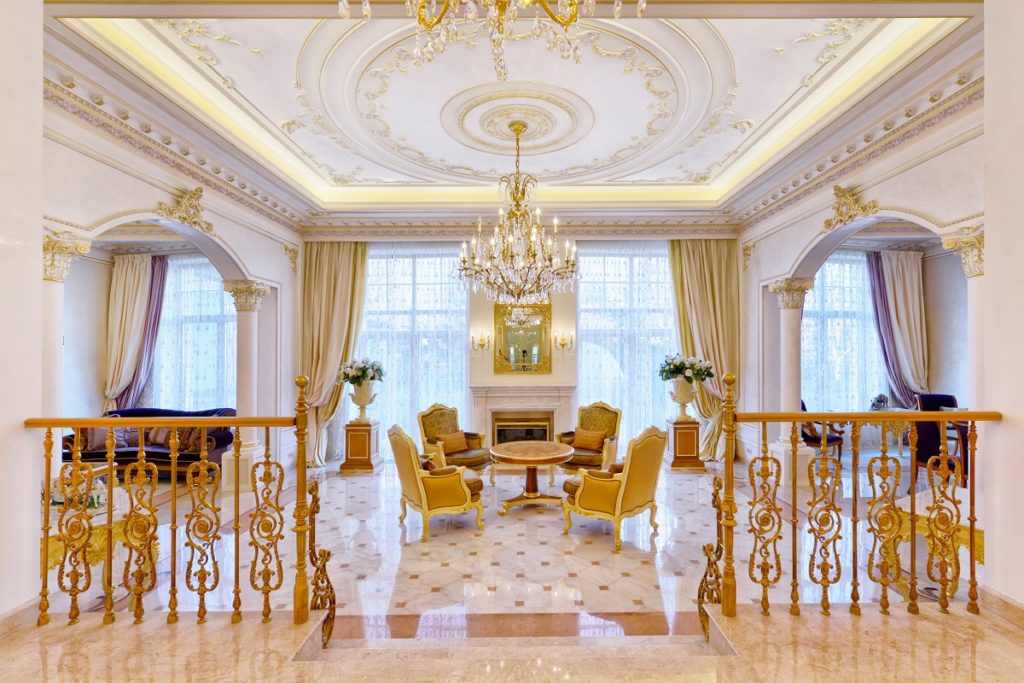 Sky’s the Limit: How a Sultan Earns and Spends His Millions

For the Sultan of Brunei, well, it’s just another day. Sultan Hassanal Bolkiah, the reigning absolute monarch of Brunei Darussalam, lives in such mindboggling luxury that only one word can describe it: fantasy.

Among reigning monarchs, he is the second richest in the entire world, next only to King Maha Vajiralongkorn of Thailand. While the figures vary each year, reportedly, the Sultan’s net worth is at least $27 Billion.

Ruling over a tiny but oil-rich nation, he can harness billions of dollars from his country’s natural resources to govern his domain and live in a style that only he and a handful of people in the world can afford. His country is the third-largest oil-producing nation in Southeast Asia; and the ninth biggest producer of LPG or liquified petroleum gas.

A Palace Here, a Few Mansions There, and Three Jets

His properties around the world are so grand in scale that they would probably dwarf a typical theme park in size, cost of construction, and, of course, opulence. Only a legitimate property tax accountant expert would be able to keep track of these mansions, including maintenance costs and amounts that are due to the respective host government’s levy on real estate.

In Las Vegas, Nevada, the Sultan once owned an 11.2-acre mansion with 17 rooms, all with en suite bathrooms. The enormous house has at least 11 super expensive cars but can accommodate 50 vehicles in total. At one point, the place was listed for $37.5 Million.

In Beverly Hills, California, a $38 Million Spanish villa also serves as a retreat for the monarch whenever he is in the Golden State.

In London, he has a villa called St. John’s Lodge Home that has an estimated value of £110 Million. It is located in the ultra-posh Inner Circle in Regent’s Park.  The compound is composed of three buildings that are surrounded by well-maintained gardens and an impressive fountain. The actual area that is occupied by the Sultan whenever he is in the UK is a structure that has 3,500 square feet of lot area. Most of the buildings at St. John’s are used by employees, housekeeping staff, and security personnel.

Back home in Brunei, the Sultan’s palace, called Istana Nurul Man, was built with a budget of $350 Million. As the world’s largest royal residence, it boasts of 1,788 rooms and 257 bathrooms. Its hall was designed to fit 5,000 people in one sitting, especially for royal banquets and other official functions. Under the palace, an 800-car garage is home to some of the world’s most expensive automobiles, race cars, and limousines, including a fully gold plated Mercedes Benz.

Sultan Bolkiah and his family can afford all this luxury because of their vast oil and gas holdings, which account for 90 percent of Brunei’s entire revenue. In the past, fluctuations in world oil and gas prices have caused slight economic downturns for the sultanate. The Sultan is also aware of the need for other sources of revenue if and when the day comes that the last drop of oil is siphoned off his kingdom. Right now, offshore oil explorations are being done to extend Brunei’s economic stability.

As a wise investor, the Sultan also has other sources of income that enable him to keep a lifestyle reserved only for the so-called One Percenters.  He has hotels and polo parks in Kensington and Ascot that are frequented by the world’s royals and elite families. These investments in the UK yield annual revenues of at least £500 Million.

Through his sovereign wealth fund managed by Brunei Investment Agency (BIA), he acquired the commercial real estate Embankment Place near Charing Cross Train Station in London. This complex, which hosts many offices and restaurants, earns at least £17 Million in rent each year.

Not many people know that, in the past, the Sultan’s government once owned a 5,860-square kilometre cattle farm in Australia.

The Sultan, through the BIA, also acquired the Beverly Hills Hotel in Los Angeles and the Grand Hyatt Hotel in Singapore and has significant assets in financial products such as bonds, equities, and various world currencies. Sultan Bolkiah’s wealth is incorporated into BIA, a government agency that also serves as the country’s central bank and management firm for oil and gas revenues.

At present, the citizens of Brunei still enjoy a very high standard of living and do not have to pay income taxes. Since his assumption to the throne in 1967, he has been well-loved by his constituents, no doubt due to their nation’s economic stability and their comfortable way of life. Despite his apparent taste for the truly better things in life, the monarch has been re-investing money from oil revenues to prepare his country and people for its future.